The Healing Benefits of Cupping 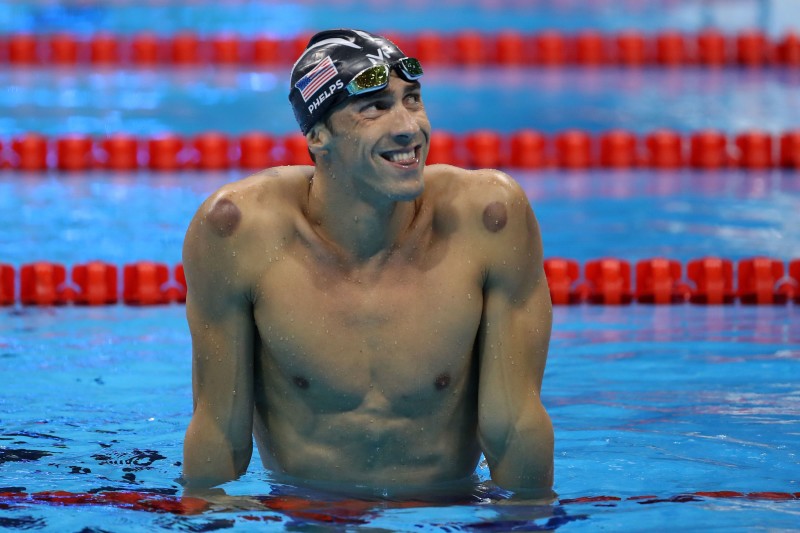 When Michael Phelps won his 19th (!!!) gold medal in Rio in 2016, people were more interested in the multitude of purple circles that adorned his perfect torso. Had he been involved in the world’s most precise beating? Was there a weapon that made those marks? Was he OK?

For the most part, he let his gold medals do the talking for him: Michael was more than OK. He was in better than perfect condition. And when asked what the marks were, the whole world rushed to Google to find out what he meant when he said:

Granted, the first few results they found on Google that afternoon might not have been the smartest things to look up on a work computer, but the legitimate therapy Phelps was talking about had been in use for many centuries.

Cupping is a technique of using suction cups to draw the skin up and away from the muscles below, creating a vacuum that brings deep circulation up to the level of sore, overworked and injured muscles. Once Phelps demonstrated to the world how this could heal injuries and increase strength – not to mention help conquer his addiction to pain medication – everybody wanted in on it. Gwyneth Paltrow, Jennifer Aniston, Justin Bieber, and Lady Gaga are just a few of the A-Listers who swear Cupping has helped them from everything from hangovers to fibromyalgia.

And it’s not just recently that cupping has popped its head up in popular culture as a cure for whatever ails you. In a memorable scene toward the end of Dangerous Liaisons, cupping is tried as a cure to Michelle Pfieffer’s broken heart. (Alas, there are some ailments that no human medicine can cure. Le Sigh.)

The technique of cupping has changed only slightly in the last few centuries, the original method of using fire in a glass cup to create a vacuum being overtaken with the new method of simply using a hand pump. But the results are the same: a safe, gentle suction that raises the skin into the glass (or plastic) cup, a raising of circulation, and a distinctive purple mark that fades in a day or two. The cups are only applied for a few minutes, but that’s all the time you need to get oxygen rich blood deep into the tissues that they may not have otherwise been able to penetrate. This not only jump starts the healing process and flushes out toxins and lactic acid buildup, this also increases the possibility of any medications you taking to penetrate deeply into the tissues they’re supposed to help. You’ll heal faster, with the added benefit of dissolving any stress or tension involuntarily held in the muscles.

Cupping can also be used to see what’s off-balance with your Qi. Too much moisture, too many toxins, blood deficiency, heat stagnation…it’s all there, written on your skin. 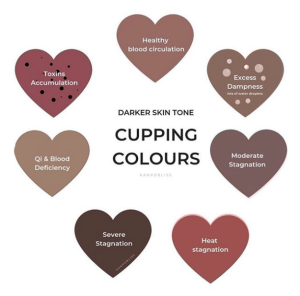 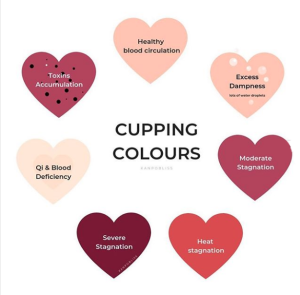 There’s no downside, except for a few boo-boos that will heal quickly or can even be covered with makeup if you have somewhere you need to be, like the Golden Globes or the Olympics.

No matter what, you’ll look and feel amazing after just a couple of treatments.

To schedule an appointment and try cupping for yourself, click here. 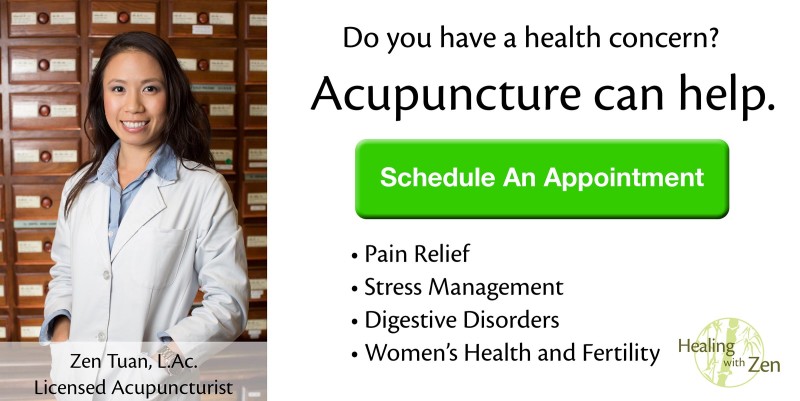